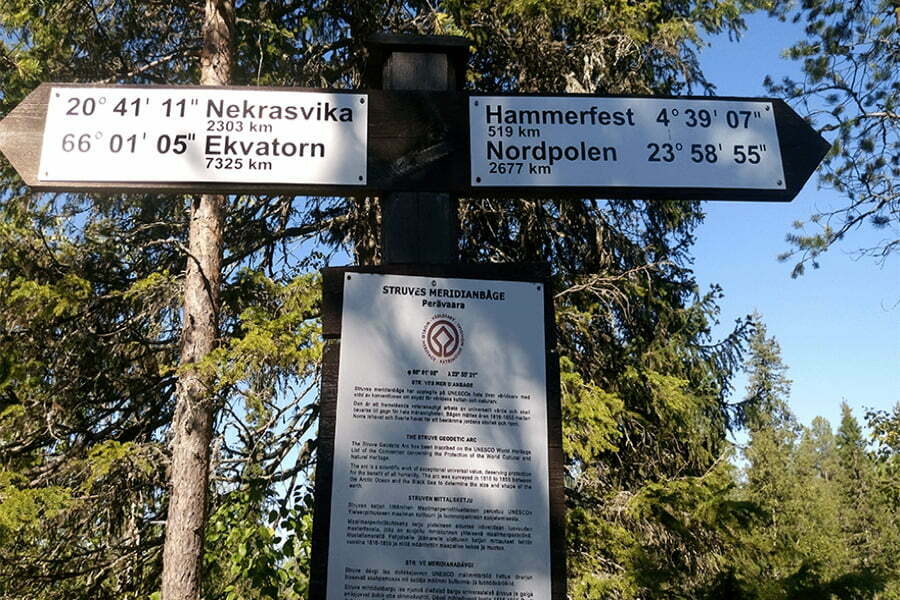 The Struve Geodetic Arc is a chain of survey triangulation measurements stretching from the Arctic Sea to the Black Sea, through ten countries and over 2,820km. These are points of a survey, carried out between 1816 and 1855 by the astronomer Friedrich Georg Wilhelm Struve, which represented the first accurate measuring of a long segment of a meridian. This helped establish the exact size and shape of our planet and marked an important step in the development of earth sciences and topographic mapping. It is an extraordinary example of scientific collaboration among scientists from different countries, and of collaboration between monarchs for a scientific cause. The original arc consisted of 258 main triangles with 265 main station points. The listed Unesco World Heritage site includes 34 of the original station points, with different markings, i.e. a drilled hole in rock, iron cross, cairns, or built obelisks.

The Struve Geodetic Arc has also been called the Russo-Scandinavian meridian measurement, because originally the Arc remained within two empires.

We use cookies on our website to give you the most relevant experience by remembering your preferences and repeat visits. By clicking “Accept”, you consent to the use of ALL the cookies.
Cookie settingsACCEPT
Manage consent